A recent layover in London gave me an opportunity to see an old friend and to visit a special shop where I planned to procure a few tasty gifts for the viticoltori I visit every year in Italy.

Over the years, I’ve offered my hosts vino Americano, pancake mix (there’s no equivalent in France or Italy), Vermont maple syrup, Yankees baseball caps, and Bonny Doon T-shirts. But it had been a long time since I’d bought a wedge at Neal’s Yard Dairy in London, one of the planet’s finest cheese shops.


Neal’s often pops into my mind whenever a new customer enters Moore Brothers for the first time. I’m reminded of my first visit to Neal’s. I was not then (nor am I now) a card-carrying cheese connoisseur. Indeed, au sujet de fromage, I usually defer to the expertise of Scott, Eric, or Kathryn. All I knew then was what I had heard: that Neal’s is a showcase of “farmhouse” British cheese, is scrupulous about the conservation of its goods, and is synonymous with quality.


I looked around the place a bit, asked a few questions about some of the more recherchés among the numerous fromages, and made a selection of cheeses from Albion’s fields (albeit somewhat off the beaten goat-path). The clerk was as enthusiastic about his Wensleydale and Caerphilly as about his Cheddar and Stilton. At Moore Brothers, we’re as enthusiastic about our vinous equivalents, including unfamiliar, fine Italian red wines, like Trentino Teroldego and Rosso Piceno, as we are about our renowned Barolo and familiar Chianti.


To cap off my visit, the Neal’s clerk suggested a farmhouse Cheddar made by a fellow named Ian (Something)-Jones, of Somerset. The clerk’s appreciation of Ian’s work - accrued over a decade of visits to the small, country farm - was obvious.


I was informed that trusty Ian had delivered his most recent wondrous wheels of Cheddar only a fortnight past. As the clerk continued to sing the praises of Ian’s cheese, consistently fine, year in and year out, I reflected on how many good wines are made (by passionate folk) in “off” or “normal” years, and how many disappointing wines (“bad,” really, given a propitious year) are made in much-heralded “vintages of the century.”


The intrepid clerk pressed on, to my somewhat jet-lagged attention. I pictured contented cows munching away in bucolic English meadows. Are there “good years” for grass? In the end, I did not find Ian’s Cheddar to be as “rich” or “creamy” as Camembert. Should it have been?


Could this mean that Camembert is “better” or “more serious” than Cheddar–or vice versa? Is “classic” French, rich-cream-sauce cuisine “better” or more “serious” than Italian olive-oil-based cucina? Is French “bistro fare” (say, Burgundian coq-au-vin) or a southern Italian red-sauce lasagna dish inherently unworthy of the culinary cogniscenti? Should I be concerned that I enjoy both Cheddar and Camembert, while my usual preference is for Chèvre or Parmigiano-Reggiano?


Such philosophical hand-wringing is as irrelevant to cheese as it is to wine. (Speaking of philosophy, at this point one might note that Kirkegaard had only the match-up of herrings and aquavit to fret over). Wine should be one of life’s pleasures, not a source of angst.


Wine is no more—and no less—complicated than food. And enjoying wine or food is not a contest, nor should it be. Sicilian blood oranges are not in competition with Florida navels. So should we care if Marvin Shanken, Robert Parker, or Regis Philbin organizes an “International Squeeze-Off” declaring “Sun-Kist” victorious over “Palermo-Pride”? Of course not! Besides, it would never even occur to Neal’s Yard Dairy to suggest an International “Cheese-Off”!


The rich varieties of wine and cheese (and oranges, for that matter) provide occasions of wondrous discovery. What initially seems bizarre may turn out to be a perfectly natural choice once it’s actually experienced through the senses. Until a few years ago, my Uncle Frankie Ciconte thought “kiwis” were a couple of guys he served with during WWII in the Philippines. Nowadays, this tasty New Zealand fruit is as familiar and welcome as any other. All of which goes to show: the broader the palette of flavors, the more the palate can savor.


And like the clerk at Neal’s Yard Dairy in London, we at Moore Brothers stand proudly behind all of our selections. (Fortunately, we are not required to stand behind the Limburger). But when the label on every bottle conjures up a producer’s face, it’s tough to think in terms of “favorites,” so here, in no particular order, are a few of the small-farm Italian wines you’re likely to find on the shelves here at Moore Brothers.

I know all these folk well. I know how they work. I’ve listened to why they have planted a certain grape in a certain type of soil, why they employ oak barrels or stainless steel tanks or both. I’ve climbed in their vineyards and walked with them through their wineries many times. I know who they are. 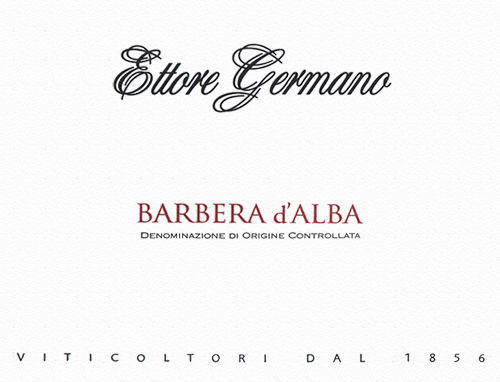 The grapes for the Barbera d’Alba are hand harvested and transported in small baskets to the winery, where they are destemmed and lightly crushed...
Learn More > 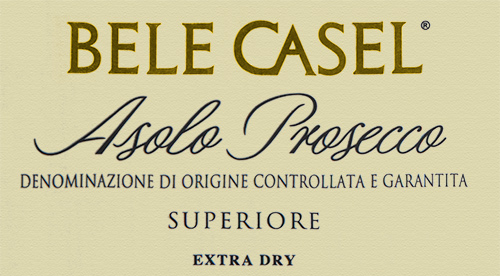 The grapes were soft-pressed, and the juice fermented in stainless steel tanks and held for seven months on the lees, after which a small measure...
Learn More > 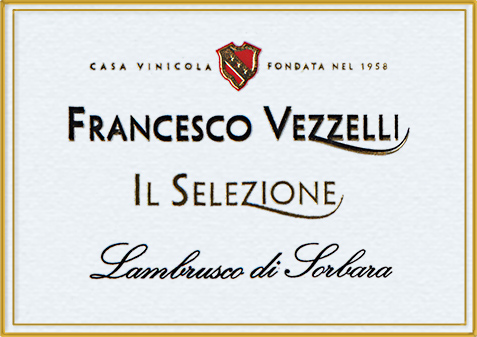 From a region that is world-renowned for its produce (Parmigiano-Reggiano, Prosciutto di Parma, and balsamic vinegars), this beautiful Lambrusco...
Learn More > 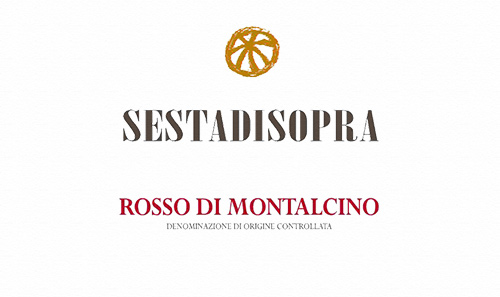 Ettore Spina’s Rosso di Montalcino is the only wine he produces that is aged in French barrique -- a few of which are “new” in any given vintage....
Learn More > 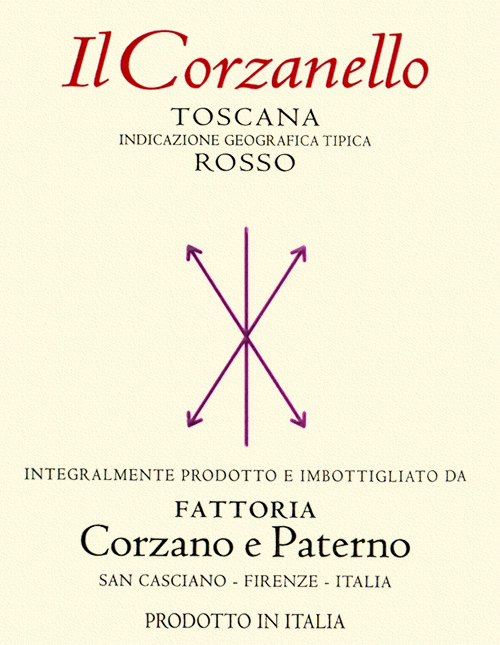 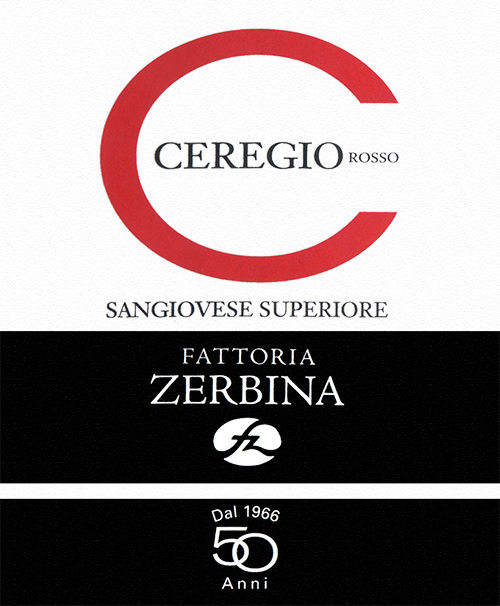 From multiple clones of ad alberello (bush-trained) Sangiovese Grosso, including the sub variety “RL Bosche” (which gave the best results in the...
Learn More > 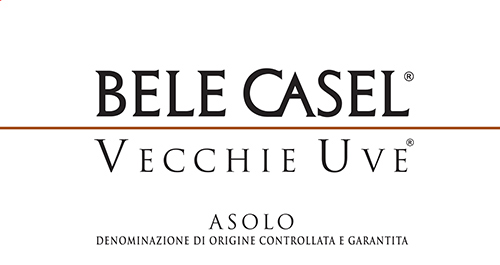 The grapes were soft pressed, and the juice fermented in stainless steel tanks and held for a full year on the lees, after which a small measure...
Learn More > 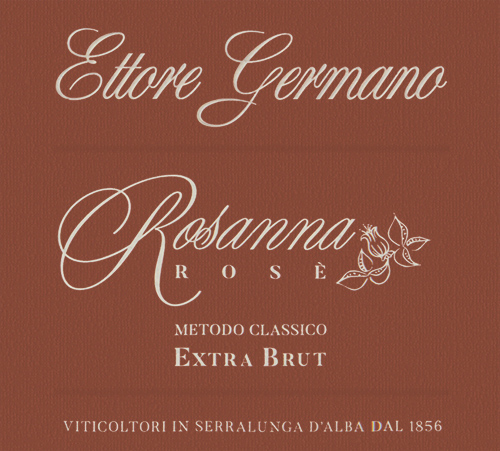 This beautiful sparkling wine comes from a early-harvested, young-vine Nebbiolo from Sergio's holdings in the Barolo crus Prapò and Cerretta....
Learn More > 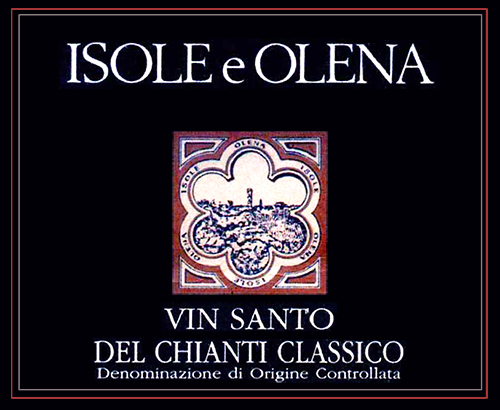 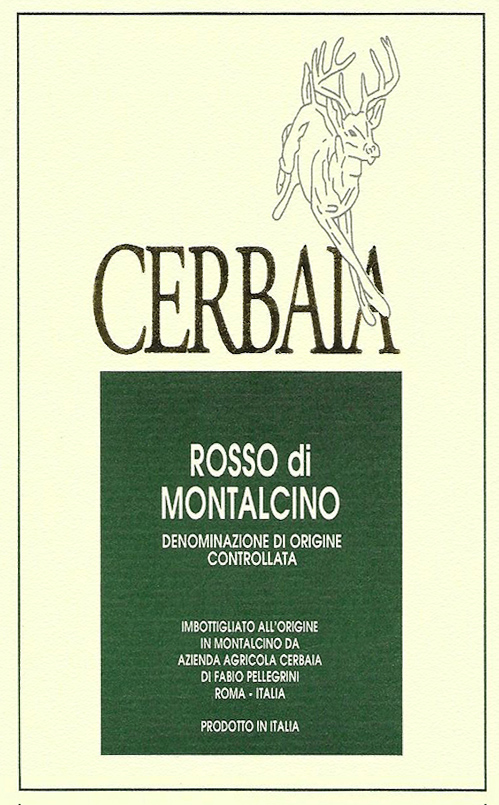 Produced from 100% Sangiovese grapes, this wine is aged for 4 months in “botti grandi.” In the glass, the wine is an intense ruby red color, while...
Learn More > 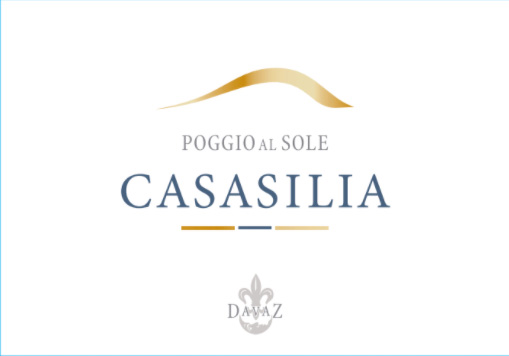 The Sangiovese for the Casasilia 2018 was hand-harvested in the first two weeks of October, and the wine was fermented in stainless steel, and...
Learn More > 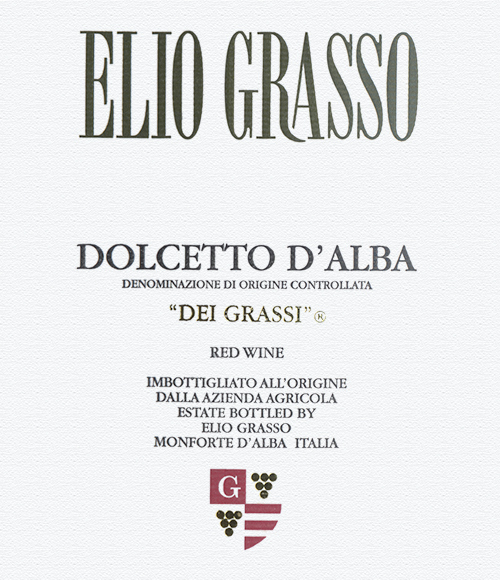 In the glass, the wine has a limpid, saturated, deep yellow-gold color, with flashes of green-gold at the edge. Aromas of sun-warmed white...
Learn More > 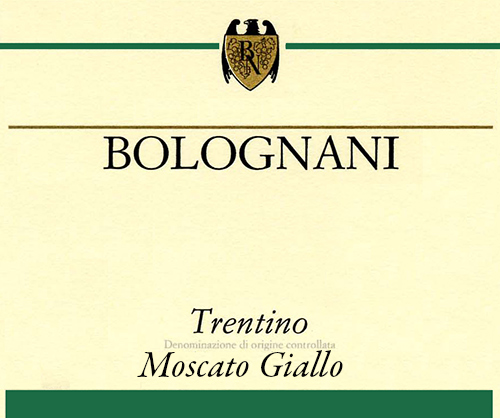 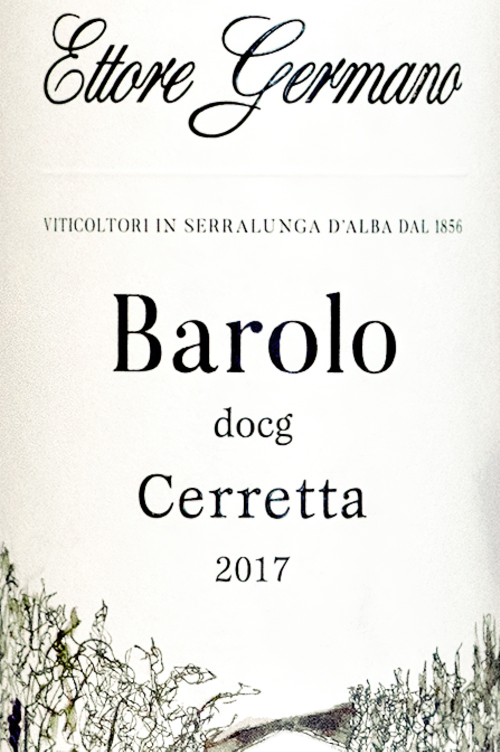 The Barolo Cerretta is a fascinating, powerful wine: hand-harvested from 60-year-old parcels on a southeast facing hillside of fine clay and...
Learn More > 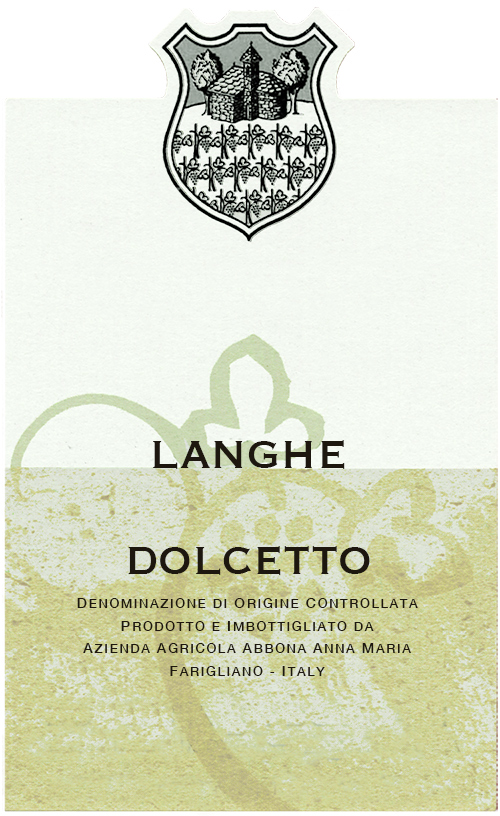 Anna Maria works her eight hectares entirely by hand with a minimum of chemical intervention. This, along with tremendously low yields, produces...
Learn More > 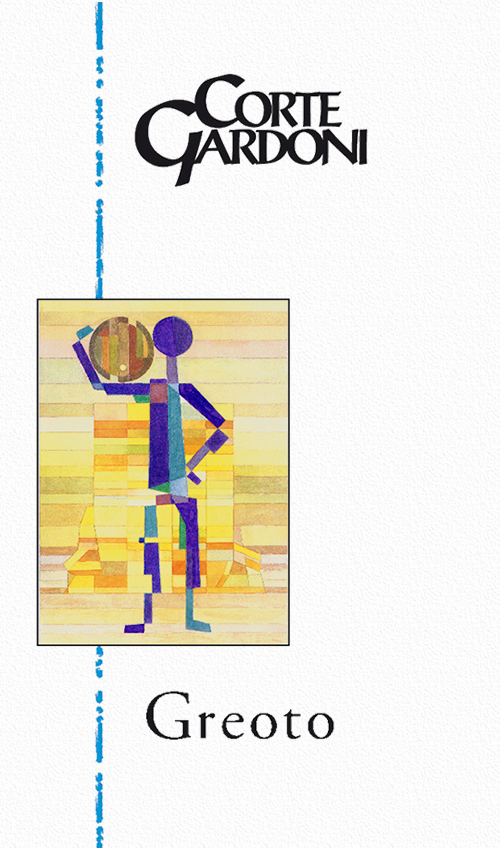 The Piccoli family's Custoza Greoto is a blend of 40% Garganega; the noble white grape of the Veneto, with 20% Trebbiano, 20% Trebbianello (an...
Learn More > 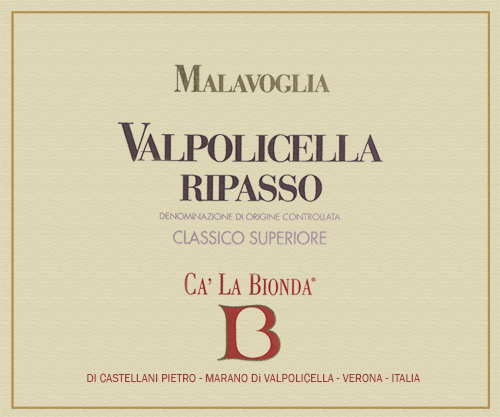 Five months after the harvest, the Malavoglia Ripasso is refermented in contact with the pomace (skins and seeds) of the Amarone, which infuses...
Learn More > 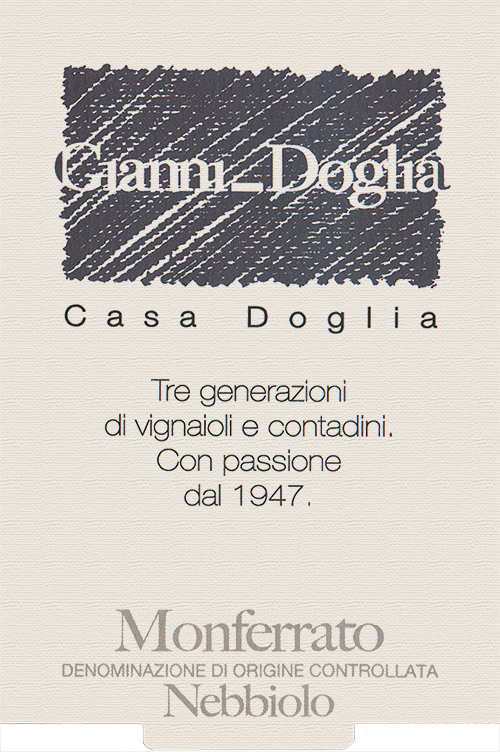 This is 100% hand-harvested Nebbiolo from the hillsides near the Doglia's home in Castagnole delle Lanze. Fermentation occurs with native yeast in...
Learn More >