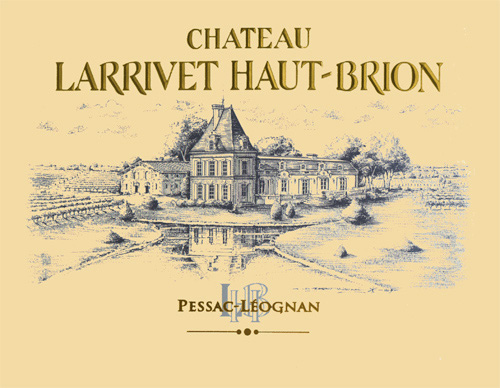 In the glass, The Château Larrivet Haut-Brion 2010 is comprised of about 50% Merlot, 45% Cabernet Sauvignon, and 5% Cabernet Franc. The grapes were hand-harvested, fermented in thermo-regulated stainless-steel tanks, and matured for 14 months in barriques, one third of them new. In the glass, the wine is nearly black at the core, with a deep heart of cordovan, and flashes of burnished mahogany at the edge. When the wine is first poured, compelling aromas of mission figs, sweet tobacco, mulled cherries, and applewood smoke emerge, trading places with crushed violets, black truffles and sweet spices as the nose evolves in the glass. On the palate, the wine is generous and mouthfilling, with a dense sweet core of black fruit and exotic spices that dissolves into echoes of the evolving nose, and is infused with fine dusty tannins and layers of vibrant minerality. Drink now through its anticipated maturity of 2020 – 2035.

About this wine producer: Located about 15 kilometers from the city of Bordeaux, Château Larrivet-Haut Brion traces its history to the sixteenth century. Variously called Château de Canolle, Château Rivette, and Château Brion-Larrivet, its current name was changed to Larrivet Haut-Brion by Jacques Gillemaud, who owned what was then the 17-hectare estate from 1941 until its purchase in 1987 by Philippe and Christine Gervoson. Today, the vineyard area has increased to more than 60 hectares, now planted to Merlot (55%), Cabernet Sauvignon (40%), and Cabernet Franc (5%). The average age of the vines is now 25 years.

Quality improved dramatically with the 1996 vintage, when Michel Rolland came on as consulting oenologist, and especially in 2007, when Bruno Lemoine, formerly of Château Lascombes and Château Montrose became the Managing Director and winemaker. In 2009 the team grew to include Emilie Gervoson, one of the château owners’ three daughters, and in 2013, Stéphane Derenoncourt became the consulting oenologist.