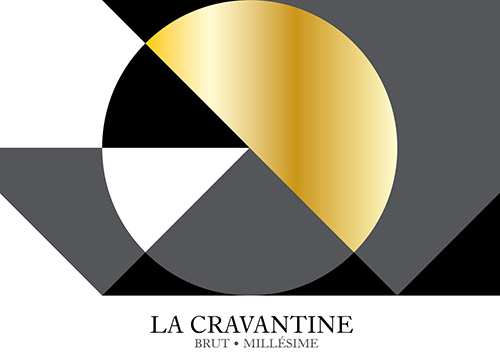 As a committed, internally honest practitioner of biodynamics, Fabrice Gasnier uses the same ancient labor-intensive method to craft La Cravantine as young Maxime Barmès uses to make his Crémant d’Alsace (ask us about the fascinating details, if you’re curious). For the record, the méthode ancienne was abandoned in Champagne 250 years ago, because it’s too difficult. In the glass, La Cravantine has a limpid, pale grenadine color, with flashes of polished rose gold. Barely ripe wild strawberries, sliced watermelon, jasmine, and white peaches move in at out of the foreground as the nose evolves in the glass. On the palate, the wine has clean, crisp, almost saline minerality, baking-spicy lime-seasoned red berry fruit (but the wine isn’t “fruity”), and a racy, gradually evanescent mousse. The delicate crushed seashells-chalky finish goes on and on.

About this wine producer: When we last visited Fabrice Gasnier at his home in Cravant-les-Coteaux, he had long completed the transformation of his 24-hectare estate to biodynamics, the agricultural discipline based on the teachings of Rudolph Steiner, who is best known today as the founder of the Waldorf Schools. “Biodynamics, according to Fabrice, “seeks to strengthen the vitality and resistance of plants, by improving natural exchanges. It also makes the vine receptive in the cosmos, to the lunar effect. Thus, the expression of the terroir in the grapes is optimized and is found in the wines. Biodynamic wines guarantee a good expression of the terroir.” The entire domaine received both “Ecocert” and “Demeter” certification in 2008.