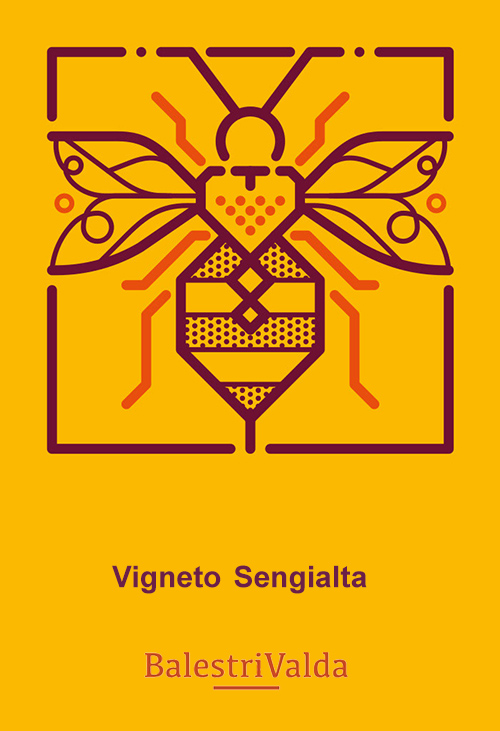 The Soave Classico Sengialta comes from a single hillside parcel of black basaltic soil planted to Garganega and Trebbiano di Soave. The grapes are hand-harvested, fermented separately, and matured in neutral 2000-liter botti for two years. In the glass, the wine has a saturated yellow-gold color, with flashes of green-gold at the edge. Aromas of white peaches, honey baked apples, marzipan, and guava emerge at first, then alternate with fleeting suggestions of grated nutmeg, star fruit, and candied orange peel, as the nose evolves in the glass. On the palate, the wine is dense, clean, and precise, with a juicy core of sumo-orange-seasoned orchard fruit that echoes the nose, along with plenty of dry extract, deep saline minerality, and ripe tartaric acidity. Drink now–2030 (yes, the wine is irresistible today, but according to Laura Rizzotto, a bottle that hid unnoticed for fifteen or more years in a good cellar would be a treasure).

About this wine producer: The estate grew out of the sparkling wine business established by Cirillo Rizzoto, which is still operated by her brother, Luca. But it was his son, Guido, who purchased the vineyards (from a certain Valda Balestri), and who began to estate-bottle the wine in 1994. His daughter, Laura, convinced him to convert to organic farming, so that by 2016, she had completed the conversion of viticulture and winemaking at Balestri Valda to sustainable, purely organic, chemical-free methods. “Since then, she said, “we have been focusing increasingly, day by day, on environmental sustainability and the safeguarding of biodiversity.” Even now, estate-bottling Soave is a courageous undertaking. The market is dominated by the Cantina di Soave, which produces more than 30 million bottles, sold mostly to an undiscerning tourist market. The challenge for growers like Laura Rizzotto at Balestri Valda, who produces just 60 thousand bottles of hand-harvested wine, has always been to carve an independent identity, free of the popular image of Soave as common quaffing wine. And according to Laura, that means concentrating exclusively on the two indigenous varieties that define the best wines: Garganega and Trebbiano di Soave. Not to mention that as in any classic winegrowing region, viticulture and winemaking must be directed to transparent expression of the grapes, and of the beautiful steep vineyards in which they are cultivated.