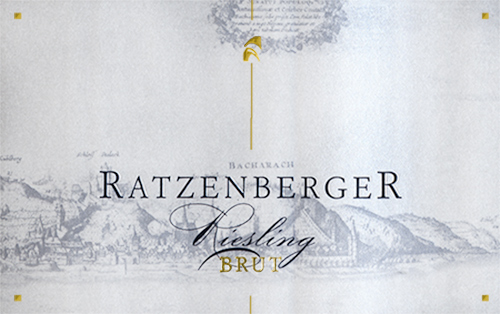 This elegant sparkling Riesling, which is poured at the German embassy in every European capital, is another Champagne-method sparkling wine that deserves a good wine glass, not a tall skinny flute. From a single steep parcel of black Devon slate in the Kloster Furstental, the grapes are hand-harvested and hand-sorted, and after the second fermentation, and three years on the lees, the bottled wine is riddled and disgorged by hand. At first, this gorgeous Riesling Sekt smells discreetly of autumn, with Comice pears, honeyed ginger, lemongrass, and dried apricots moving in and out of the foreground, sometimes alternating with fleeting suggestions of white peaches, yellow freesia, and crystallized honeycomb as the nose evolves in the glass. On the palate, the wine is stunning: mouthfilling, with a fine creamy texture, and a solid core of sapid, slate-infused stone fruit flavors that continues to evolve and put on weight, even after the creamy mousse has subsided. And the finish goes on forever (when Kate and I were last in Bacharach, Jochen opened a bottle of the 1949, which at sixty-six years of age was no longer fully sparkling, but was one of the most beautiful mature Rieslings I have ever tasted).

About this wine producer: It was perfect timing that brought us to Weingut Ratzenberger on a rainy afternoon in July of 2000. Paolo De Marchi of Isole e Olena had recommended the wines, and the Ratzenbergers had just ended a testy relationship with their famous American importer. So we tasted the thrilling, mineral-infused Rieslings that Jochen poured knowing that they were actually available to buy. We believe that despite flying under the radar of “important” German wine pundits, the Ratzenbergers should be included among the very top producers of Riesling in the world.