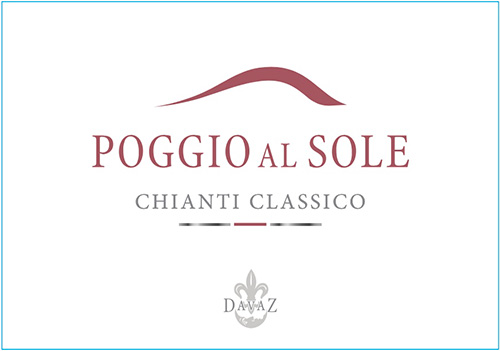 In the glass, the wine has a saturated, but still limpid, cherry-red color, which warms to bright mahoganey just at the edge. Beyond that, the wine was so impressive to us all in Pennsauken, that I decided not to follow my usual protocol of plagiarizing cherry-picking my colleagues’ tasting notes for details that agree with my own, and instead, to forward along this great note from Susan Crawshaw, who wrote: “Wow. Rose petals, violets, sage, and cherries from the jump. Hang out for a few more seconds, and you get vanilla, marzipan, and brushed suede. Crazy. That’s a powerhouse. Dark cherries, bittersweet chocolate, baking spices, and grip galore.” And finally, I’ll add Terry’s observation that this is “really gorgeous Pinot Noir-like fruit, but the finish reminds you you're in Tuscany.”

About this wine producer: There are eighteen contiguous hectares of sloping schistose-clay vineyards that are among the highest in Chianti, and perfectly sheltered from the Tramontane (north wind) by the surrounding oak forest. Alessandro Masnaghetti, the brilliant taster, journalist, and publisher of Enogea, believes that Poggio al Sole is one of the top three vineyard sites in Chianti Classico.

The Davaz family, which acquired Poggio al Sole in 1990, has grown wine in the Bündner Herrschaft in Switzerland since the 1970s. The eighteen hectares of sloping vineyards are the highest in Chianti, and are perfectly sheltered from the Tramontane by the surrounding oak forest. Documents in the archives of the abbey of Badia a Passignano, which owned Poggio al Sole until the 1960s, show that olives and wine were grown there as early as the 12th century.