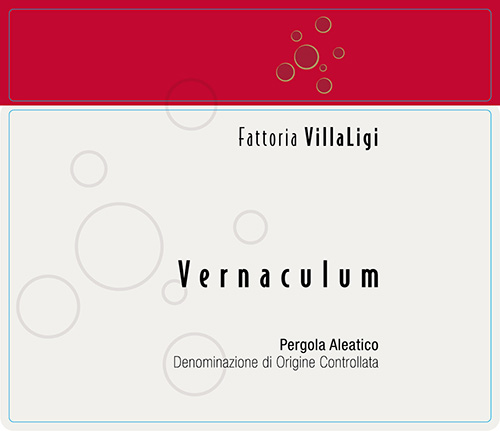 The Pergola Aleatico Vernaculum is made from 100% Aleatico, hand-harvested and fermented in thermoregulated concrete tanks, where the wine matures for six months before bottling in the spring following the harvest. In the glass, this lovely red wine has a limpid, soft ruby red color, with flashes of purple on the swirl. Aromas of violets and peonies emerge at first, along with a complex amalgam of blackberry preserves, red cranberries, sandalwood, and breakfast tea, as the nose evolves in the glass. On the palate, the wine is juicy and refreshing, with floral and red fruit elements including cherries and pomegranate that echo the nose, all seasoned with fresh acidity and fine minerality. The overall impression is one of perfect balance, restraint, and irresistible drinkability.

About this wine producer: The Tonelli’ family has grown grapes since 1912, when Stefano’s great grandfather, Antonio Tonelli, planted vines between his rows of wheat, and with his brother, began to make wine for local consumption. In 1964, Antonio’s son, Cesare, built a new winery, and in 1985, his son, Francesco, began to estate-bottle some of the production. Originally a teacher, Francesco found himself drawn back to the farm by the growing demand for bottled wine, and eventually, he contributed to the creation of the D.O.C. Pergola, and dedicated himself to the preservation of local grape varieties that were at risk of extinction. He still works every day, and recently co-authored an impressive book on the history of viticulture in the Marche, and on his lifelong efforts to save endangered local varieties. Today, Stefano Tonelli and his wife, Léa Pailloncy, who arrived at Villa Ligi in 2014, manage day-to-day operations.

Rethinking, this wine reminds me of a dessert wine that used unripe grapes. Just can't get into this one.