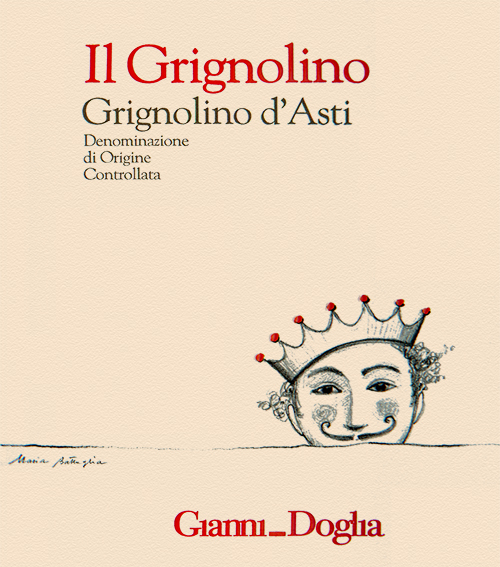 Gianni's beautiful Grignolino comes from vines of up to fifty years in age, planted high on the slopes of Castagnole delle Lanze. For the uninitiated, imagine a glorious marriage between a Sergio Germano Langhe Nebbiolo and a Corte Gardoni Becco Rosso that was somehow made by Patrick Brunet in Fleurie.

In the glass, the wine is a limpid, pale crimson, with flashes of bright ruby when swirled. Strawberry preserves, red cherries, tarragon and white pepper emerge on the nose, along with sandalwood, dried rose petals, ground coriander seed, and orange peel, as the wine spends time in the glass. On the palate, the wine is fresh, vibrant, and bursting with tart, red-berried fruit and baking spice flavors that echo the nose, all of which are supported throughout a lengthy, cool mineral finish. My colleague Susan Crawshaw put it best: "Your brain demands an immediate second sip to confirm that a wine this light in color can be so complex." About this wine producer: Eugenio Rivella, Gianni Doglia’s maternal grandfather, was a sharecropper in 1947 when he purchased this 10-hectare farm in Castagnole delle Lanze. His ambition was to vinify grapes that he grew on his own land. Now representing the third generation at the estate, Gianni Doglia is one of the leading growers in the region of Monferrato, especially celebrated for his Tre Bicchieri awarded Moscato d’Asti, which is often called the finest wine of its kind in the region.   The organically farmed vineyards, which lie on calcareous soil at an elevation of 320-360 meters, are among the highest in Asti. They include five hectares of Moscato Bianco, with the other five divided among smaller parcels of Barbera, Nebbiolo, and Grignolino. Gianni Doglia is an active member of The Green Experience, which assists winegrowers in implementing sustainable practices in viticulture.