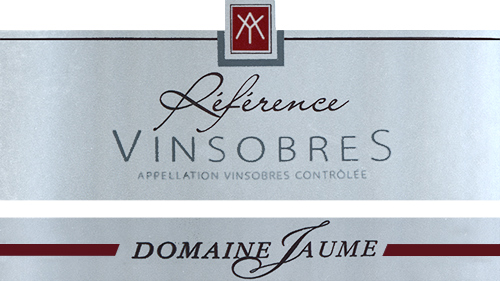 The Vinsobres Référence comes from the mid-slope of the southeast-facing clay-limestone Coteaux, and includes some of Domaine Jaume’s best Mourvèdre from the “Clos des Échelas.” In the glass, the wine has a nearly opaque, dark royal purple color, almost black at the center, with flashes of crimson just at the edge. Aromas of sun-warmed crushed black fruit, including brandied cherries, black raspberries, cassis, and Damson plum preserves, along with crushed violets, dark chocolate, and dried rosemary move in and out of the foreground as the nose evolves in the glass. On the palate, the wine is juicy and opulent, with a dense sweet core of brambly black fruit that echoes the nose, evolving to include flavors that suggest dried orange zest, kalamata olives, white tobacco, and smoked charcuterie. And the finish is refreshing and persistent, mineral-infused and vibrant, seasoned with sweet red peppers sprinkled with crushed peppercorns. Drink now – 2028.