Robert Ampeau was a legendary figure, and an admired colleague of the most important producers in Burgundy, including Aubert de Villaine, Lalou Bize-Leroy, Dominique Lafon, and Hubert de Montille, whose cellars all contain Ampeau wine.

Ruth Reichl, the last Editor-in Chief of Gourmet magazine, recorded the impression that Ampeau made on other producers in her 1998 memoir Tender at the Bone, in which she recorded her visit to the Volnay producer Hubert de Montille, accompanied by the wine merchant, Kermit Lynch. Kermit had brought along a bottle of one of Ampeau's wines (label removed) "to see what he really thinks."

"There is sunlight in the glass," de Montille said finally, "much sunlight. It is from a very good year … what can it be?"

When Kermit told him what it was, de Montille cried, "But I have this wine in my cellar!" He turned eagerly to Kermit and asked, "Did Ampeau sell it to you?"

"Consider yourself honored," he said, "and don't count on it happening again. He has his whims."

"Don't take it personally," put in Madame de Montille gently. "He is the strangest man. They say that even when he goes to Mass he runs in putting on his clothes. And as he leaves church he is already undressing so as not to lose time."

Though he continued to work until his death in 2004, Ampeau had gradually relinquished control of the estate to his son Michel. The parcels they cultivated together in Meursault and Volnay are easy to identify, if not for the grass that grows between the rows to manage water uptake (Robert Ampeau was one of the first to incorporate the practice in Burgundy), then for the obvious fact that the canopies in the summer are all neatly trimmed, exactly forty centimeters higher than their neighbors', which is the height that their perfectly maintained, seventy-year-old enjambeur (tractor) cuts them.

And the winery is always immaculate.

Once, we arrived in a brand-new Peugeot 605 that I had just picked up in Tours. The car was a complimentary upgrade that the embarrassed rental agent offered us when the little Renault 5 I had reserved couldn' be located. I doubt that there were even 400km on the odometer, nevertheless, when Robert came limping out to greet us, he was dragging behind a broken-down cardboard wine carton that he slid between the front wheels, to protect his pristine new pavement, just in case the engine leaked oil!

There was a familiar routine to tasting with Robert and Michel. Once greetings were exchanged, we would clamber down the 26 steps into the dark frigid cellar under the house, where hundreds of thousands of bottles are crammed to the vaulted stone ceiling, and hundreds more lie in countless niches for small caches of older bottles, each labeled with a lot number scratched in chalk on a slate card.

Then Robert would present the Ampeau matrix of available wines: eleven appellations down the y-axis on the left side of the page, and a dozen vintages across the x-axis along the top. And he would ask, "Qu'est-ce-que vous voulez gouter?" ("What would you like to taste?") Then he or Michel would ride off on an ancient squeaky bicycle, and return carrying milk crates filled with the bottles.

We tasted elegant wines from Meursault-Charmes, highly structured La Piece Sous Le Bois, and majestic Perrières. And we listened as Robert recounted the history of the appellations and their names, of similarities between some vintages 20 years apart, and of the need to preserve acidity in the white wines so that they could age gracefully.

We tasted aristocratic Volnay-Santenots; sometimes lean, from vintages like 1980, sometimes spectacularly concentrated, cassis-like wines from vintages like 1976. He loved to talk about the weather, his neighbors, and wine tasting, though he rarely tasted with us, except to confirm that a bottle wasn' corky. And he never denied a single request to taste a specific vintage; except once.

On a visit to Ampeau in the late 1990s, we asked about the 1983s, which were always conspicuously absent from the price list. Unable to imagine why they had never been offered for sale, we asked to taste them. "Non, vous ne pouvez pas," Robert told us, and we wondered if we’d offended him with the request, but nevertheless asked, "Pourquoi pas?"

Michel and Robert looked at each other… then laughed. "You may taste only one, if you insist," replied Robert, "because all of the 1983s happen to be in the same cellar, and there are thousands of bottles of Auxey-Duresses les Duresses 1983 blocking access to any of the others!"

Clive Coates, MW, writing of his first visit to Domaine Ampeau in 1986, called Robert "a French vigneron determined to live up to the archetype: surly, suspicious, chauvinistic, doing his best to make us feel uncomfortable, to make us realize we were wasting his time."

But Ampeau’s friends mostly remember his good-natured, spontaneous generosity. Once, he took our daughter Kate, who was eight years old (and an avid collector of horse-chestnuts, milkweed pods, and other natural debris), on a bumpy tractor ride through the vineyards of Volnay and Meursault, stopping at each of his parcels of vines to collect a perfect cluster of hard, unripe green grapes. Kate labeled each with the name of the vineyard it grew in: La Piece sous le Bois, and Santenots, and Puligny-Montrachet les Combettes, and she cherished them along with the fossil brachiopods that she found in the yard behind the house we rented that summer in La Bussière sur Ouche.

For my fortieth birthday, Robert and Michel sent me a mixed case of Meursault-Perrières, containing a single bottle from each of twelve significant vintages going back to 1952. I shared them three years later with group of twelve visiting producers and friends at Le Bec-Fin in Philadelphia, who were all amazed by the wines. The only disappointment was a corky 1986, but the thirty-year-old 1962 was a miracle of nature, and the 1952 was in better shape than I.

And invariably, if I expressed special admiration for a particular wine, a number of bottles would arrive on the next shipment in a case labeled: "Samples for Greg Moore." So for several years, every Christmas Eve dinner at home was accompanied by a bottle of Volnay-Santenots 1972, one of my favorite vintages.

Robert Ampeau was the proprietor of some of the most exalted vines in Burgundy, which he acknowledged was a great privilege, but he always described himself as un ouvrier (a worker). And fittingly, his death in 2004 was little noted in the popular wine press.

Posted under Learn from Greg 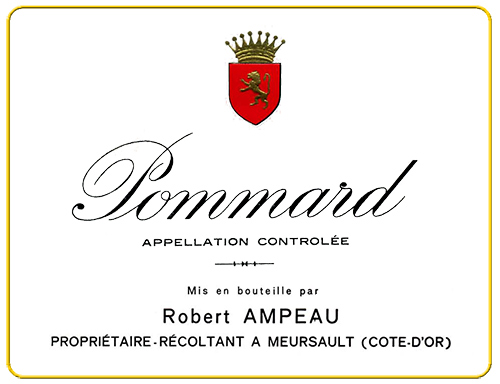 First, be sure to use a good large glass. And give it time. The wine has a limpid, dark strawberry almandine color, which warms to glowing...
Learn More > 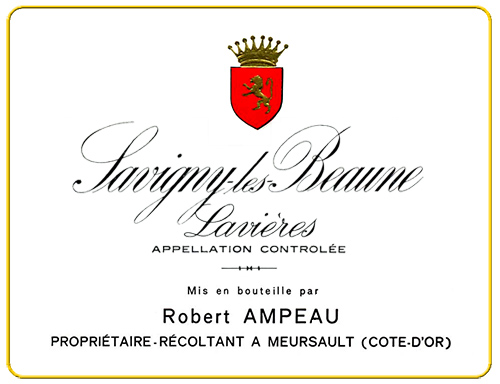 This is one old Burgundy that won’t fade in a carafe, so don’t hesitate to decant it, and be sure to use a good large glass. The wine has a...
Learn More > 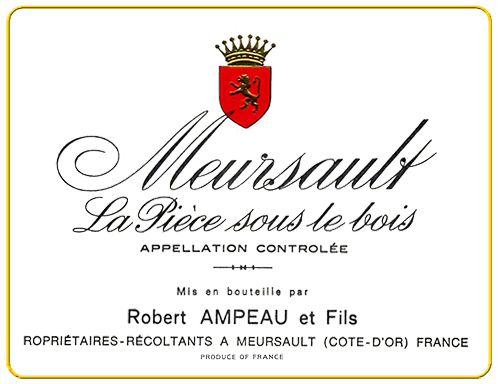 First, don’t overchill the wine. And use a good large Burgundy glass if you can, not only to contain the fascinating aromas, but also to show off...
Learn More >